Bright Future has partners from five European countries – Finland, Romania, Slovenia, the Netherlands and the UK. We have all selected one town as our focus. For the UK, this is Corby.

We are leading the workstream on participatory innovation, which will get going later this year. This will use our social sustainability framework as the starting point for workshops in with local stakeholders in each town. We plan to explore what can be done to tackle pressing social and environmental problems, and to mobilise the population of the town in designing and delivering them.

Kajaani – the Finnish case study – is 250km south of the Arctic Circle. It has a population of around 37,000, and is surrounded by forest and lakes. In May there was still ice on the lakes, though the short northern summer was beginning. We had a cold but exhilarating swim after our project team sauna. 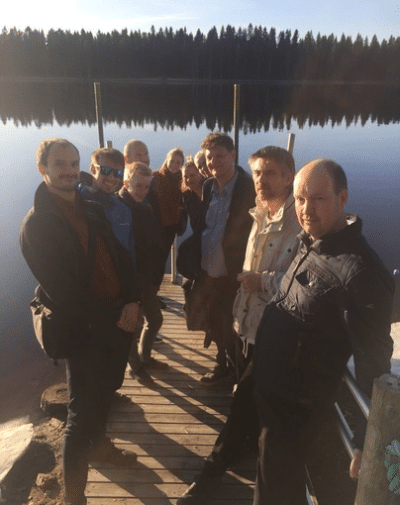 Kajanni hosts an international arts festival, and is home to a theatre that premieres new Finnish writing, and a cluster of gaming industries. It is the administrative centre of the Kianuu region – which we learnt was often characterised as an area of backwardness and slow progress by the rest of the country. The main paper industry closed in 2008, however the economic base has diversified as other longstanding industries – mining and ICT – expanded. Former factory facilities have become homes for new companies and are being used as film locations. A current debate in the town is the need for a diversified economic base versus the importance of a single large employer.

Like many towns in the periphery of Finland, Kajaani was supported strongly by the state after 1945. Investment in industry was used as a redistributional tool to populate the entire country, and to bring public sector and academic institutions to parts of the country distant from Helsinki. Key to this was the concept of the loyal citizen to counter the threat of political radicalism. 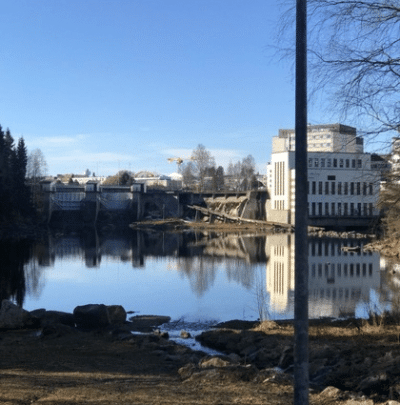 During our trip, we heard from a variety of local stakeholders about their vision for the town and the challenges they face – attracting skilled workers was the foremost of these. We found out that the local gaming industry relies on global recruitment, but in a town with such a small non-Finnish population, it can be difficult for new residents to feel at home. One tech company told of how one foreign employee described trying to establish a life in Kajaani as “making them feel like a child”, unable to live independently due to the language barrier.

The company commissioned one of its employee’s partners to create a visual Korean guide to life in Kajaani. This included advice on which locally-available rice was the best substitute for Korean rice (Finnish pudding rice is almost the same as standard Korean rice). This local innovation is significant for the people it affects, and for the town. It shows how social innovations are context and place specific, an important starting point for our work.

Kajanni wants to recast its reputation as a small town with dynamic local life and good services. We will be working with the University of Eastern Finland to run a series of participatory innovation workshops this autumn and into the winter of 2019, as well as supporting parallel projects in Romania, Slovenia, the Netherlands, and Corby in the UK, building on our ethnographic research in the first half of 2018.

Project is co-funded by the ESRC in the UK in association with JPI Urban Europe.

Bright Future in the UK is a collaboration between The Young Foundation and Social Life. The European-wide project is led by the Research Centre of the Slovenian Academy of Sciences and Arts.