The Scientific Advisory Board (SAB) is comprised of internationally acclaimed individuals working in the scientific field or in the field of strategic research who have shown a great interest in and contributed to the scientific understanding of cities. It is an advisory body responsible for offering critique, recommendations, and guidance towards the strategic/scientific orientation of JPI Urban Europe. Prof. Petr Kratochvil works as a researcher in the Institute of Art History (CAS) and as a professor at the Faculty of Arts and Architecture at TU Liberec. His research and activities concentrate on the theory and history of modern and contemporary architecture. He was also curator of several architectural exhibitions in the Gallery of Jaroslav Fragner in Prague. He is a former member of the Presidium of Academy Council of CAS and vice-president of its Scientific Council. Since 2015 he is member of the Scientific Council of Czech Technical University. Rafaela de Saldanha Matos is Principal Researcher (Full Professor equivalent) at the National Laboratory of Civil Engineering (LNEC) in Lisbon and vice president of the Scientific Council and past Head of the Hydraulics and Environmental Department at LNEC. She has experience in applied research with focus in urban hydrology and hydraulics, urban water management, climate change and water impacts, performance assessment and benchmarking of water services and European (CEN) and International (ISO) Water Regulations and Standards. She has worked in several EU projects and as an author, co-author and editor published numerous publications. Simon Marvin’s work is noted for its innovative and interdisciplinary perspectives on urban studies and infrastructural research and the relations between socio-technical networks and urban and regional restructuring. Prof. Marvin has played major roles in addressing questions surrounding telecommunications, infrastructure and mobility, sustainability and systemic transitions, climate change, ecological security and smart cities. He has extensive experience of directing urban research centres and undertakes work for policy users, including central government and urban and regional agencies. Dr. Richard Sendi is a senior researcher with more than 25 years’ research experience in housing studies. His main fields of specialisation include: housing standard; local communities and urban governance, architectural and urban design aspects of residential neighbourhoods; design and planning of residential settlements; sustainability of the living environment etc. He has led numerous domestic research projects and has also coordinated teams of Slovenian researchers in international research projects as well as participating as a researcher in international research projects. Marta Smagacz-Poziemska has been a member and investigator of several international research projects e.g. the Demos Project: Action Research by cities and academic organisations to develop innovative methods for citizen participation in local governance such as CASE and FeMiPol. She is author and co-author of monographs and articles on the urban issues and Coordinator of the Research Network 37 and co-coordinator of the Urban Sociology Section of the Polish Sociological Association. Currently she is the principal investigator in the project “Differences and boundaries in the process of creating neighbourhood communities in large cities”. 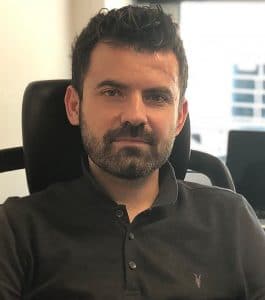 Dr. G. Artopoulos works on virtual environments and digital simulation of historic built environments. The cross-disciplinary nature of the pressing challenges facing our cities (e.g., climate, gentrification, decay) are explored by the team of Virtual Environments Lab that he leads at the CyI, through externally funded projects (under H2020, ENI-CBC-MED, and Cyprus Research and Innovation Foundation frameworks) and his role as a co-Head of Virtual Competency Centre e-Infrastructure of the DARIAH ERIC. His work was presented in the International Exhibition Computational Turn in Architecture, MAV, Marseille; Seoul Biennale of Architecture and Urbanism 2017; Hong Kong and Shenzhen Bi-City Biennale of Architecture and Urbanism; 63rd Venice Film Festival, La Biennale di Venezia; Royal Institute of British Architects, London; London Design Festival; Festival of Architecture 2018, Israel. Georgios co-edited the book From Conflict to Inclusion in Housing, UCL Press, that brought together examples of co-creation and community participation in urban dwelling models from a global overview.

Jenny Palm is professor in sustainable urban governance at Lund University. She has a background in energy systems research where she conducts interdisciplinary research combining sociotechnical systems theory with analysis of planning process, governance, technology diffusion and end-users. Objects of study are urban infrastructures such as district heating systems, the smart grid and industrial symbiosis as well as urban planning, energy communities and prosumers.