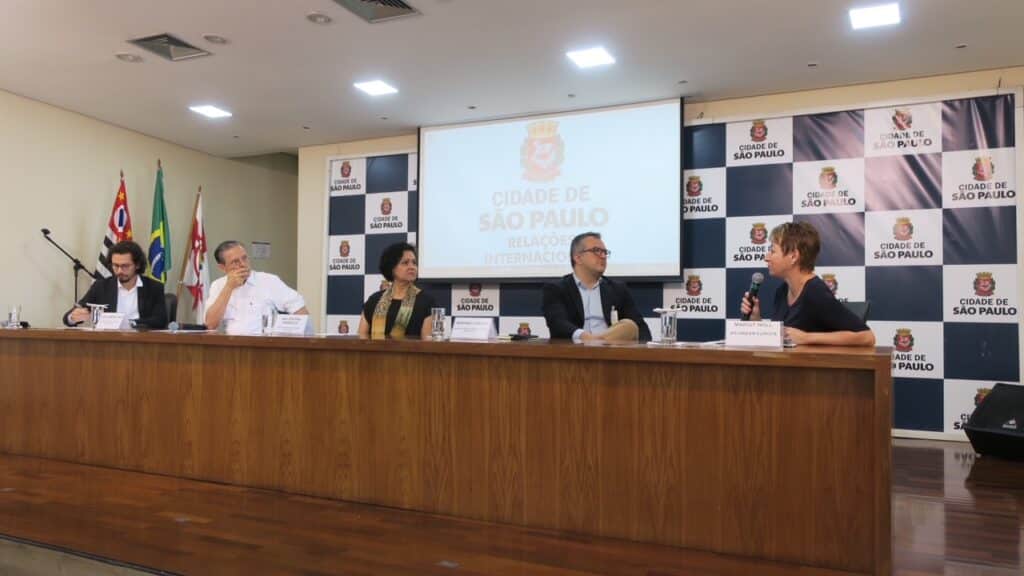 With over 216 million inhabitant of which 89% of the population lives in cities, Brazil is one the most urbanised countries in the world. While the size of urban areas, and thus shape of urban challenges, compared to Europe differ, there is a need for strengthening partnerships between public administration and research and innovation to support capacity building for urban transformation[1].

For that reason, ENRICH in LAC, an initiative funded by the EU’s H2020 programme with the support of JPI Urban Europe and the European Partnership Driving Urban Transitions (DUT) organised a delegation visit to São Paulo with the title “Exploring Urban Transformation Capacities in Brazil. The aim was to meet with local urban actors, networks, local public administrations and other to exchange knowledge, perspectives and hopefully… ideas for future cooperation. Among the participants were three representatives of JPI Urban Europe / ENUTC funded projects: COOLSCHOOLS, CO-HOPE and CARIN PT. Here is what we experiences during the trip:

“Brazil is one of the most urbanised countries in the world. There is a lot to learn here, and there is a need for strengthening international partnerships between public administration, research, and innovation. Throughout the tour, connections have been established, and important insights gained on how to strengthen capacity building. I am looking forward to an extensive cooperation and involvement in engagement that will contribute to community building around urban transformation practices,” says Johannes Riegler, JPI Urban Europe Management Board.

We kicked off the tour with meeting Leticia Leda Sabino and Louise Uchôa from SampaPé! who work on making urban areas more walkable. Amazing what this small team does and what projects they are running. 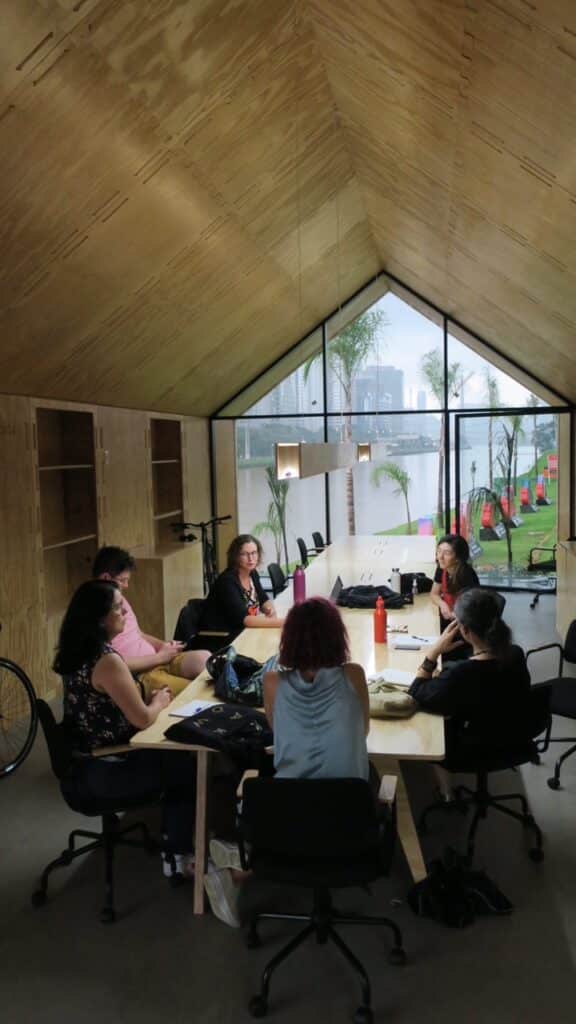 We met with Ana Wernke and Rodrigo Corradi from ICLEI América do Sul who also helped us organising a visit to SP City Hall which, besides being housed in an amazing building, had a very interesting portfolio of innovative projects (thanks Hugo Salomão França).

Discussed the potentials and limitations of urban living labs for transforming urban areas at this year’s ANPEI conference in Campinas and reconnected with Vivian Pires and Alexandre Barragat from Finep while visiting the biggest magnifying machine in Brazil as well as the colleagues in FAPESP.

Thanks for co-organising the trip to Berna Windischbaur, Johannes Riegler, Margit Noll and all the others involved. Thanks coming with us Chiara Tornaghi, Anamaria Vrabie, Ivette Arroyo Baquero, Paula Presser (Extra kudos for translating!) and Wojciech Kębłowski and making this visit special and worthwhile.