Recently JPI Urban Europe interviewed Nasar Meer about GLIMER, a project that analysed refugee resettlement policies in four different cities across Europe. In that interview, Nasar outlined how the project worked on a European level. But what impact did the project have on its local partners? Today we’re speaking to Gayle Findlay, a policy manager from the Convention of Scottish Local Authorities (COSLA), to get her perspective on what makes Scotland different from England and how GLIMER helped to highlight these differences… 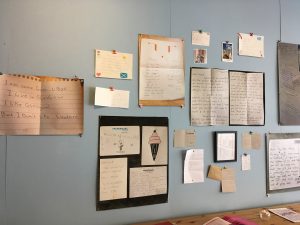 Scotland is a welcoming place for refugees

GLIMER shows that Scotland and England have a different attitude towards refugees. For example, Gayle argues Scotland has a more positive cultural narrative around social justice issues. She says “We don’t have the same media vilification of refugees. Obviously, we do have things like hate crime. However, it’s just not as prevalent, you don’t get that fuelling and hatred of refugees that you can get in England sometimes.”

Backing up her point, Gayle mentions the Serco case: Serco was the company responsible for housing provision for asylum seekers in Glasgow. Unfortunately, Serco decided it was going to evict all the asylum seekers from their housing before their appeal processes could be completed. Gayle recalls “300 people were going to get evicted, but there were protests and all kinds of actions that were completely supported by the press. There was no question from the press if these people should be on the street or not. Whereas, when these kinds of evictions happen in England, the press doesn’t say a thing.”

Gayle thinks GLIMER has objectively shown how Scotland’s strategy of integrating refugees from day one, irrespective of their case status, is the right strategy. In her view, Scotland was right to adopt a framework that treats refugee integration as a two-way process of understanding each other’s languages, cultures, and customs. Yet, Gayle doesn’t want to give an entirely rose-tinted picture as GLIMER highlighted a number of deficiencies. Scotland still has a lot of room to make improvements in areas such as language, housing, and employability.

Gayle mentions the project had a number of positive outcomes. GLIMER clearly highlighted models of good refugee housing practise, which weren’t covered in the existing Scottish refugee resettlement policy (New Scots). However, Gayle quickly steers the conversation away from discussions on new findings because she doesn’t think it’s the correct framing for measuring success. She says:

“GLIMER’s reports were helpful because they were showing us things we didn’t necessarily know,
and they allowed us to point to objective reports that permitted us to more forcefully make our case when looking for a change in policy and practice.”

GLIMER offered COSLA and partners a way to step over some of the political tensions surrounding refugee policy. Refugee policy is a topic intrinsically linked with charged political positions and agendas. So, sometimes it’s very difficult to build trust, even when objective facts are presented. However, as GLIMER is a European level “university research project and not Scottish government criticism, it takes out a lot of negativity from the conversation.” GLIMER gave policy makers an opportunity to engage with each other in good faith and in a cross-party fashion, which isn’t usually possible when it comes to refugee resettlement policy, particularly in Scotland where Anglo-Scottish politics also come into play.

GLIMER not only offered space for political actors to come together, but it also created a possibility for COSLA to get a big picture view on refugee policy, which would be impossible if they were working alone. GLIMER had access to a broad cross-section of work, from national government-funded projects to local government work, and even reports from third sector organisations.

Having such a vast scope of what was happening in the area of refugee policy meant that GLIMER could create a bridge between COSLA and the national government. Gayle is happy to tell us that a GLIMER report made its way to a high-level Home Office meeting on refugee resettlement strategy and had an impact. She’s pleased that policy makers in Westminster got a picture of what was happening on the ground in Glasgow and the rural areas of Scotland. When it comes to housing and employment policy, Gayle’s personal area of expertise, GLIMER’s report has had a real influence on the Home Office’s decision-making process. It’s opened up conversations on employability for refugees. Gayle is very happy about this because when she wants to talk about policy, she can say, “it’s not just us, we have external validation.”

Ideas for the future

Gayle would love the project to have a follow-up.” In particular, she argues more work needs to be done on the links between policy areas such as housing and health, and the well-being and social cohesion of refugees. However, as we finish up Gayle says:

“We have really valued working with the GLIMER team, even our partners in New Scots have valued their work.
It’s a really good example of research work that is useful for our day to day work.”