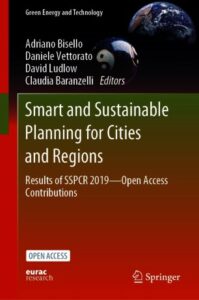 The new book chapter (open access) by Susanne Meyer and Robert Hawlik discusses JPI Urban Europe and its role as intermediary organization, its role in developing research and its role in innovation programs for urban transition. The findings show that JPI Urban Europe acts as broker and facilitator of joint visions and starts to build communities for innovation, which is one of the important functions of intermediaries. Based on the extensive monitoring activities of JPI Urban Europe, the reader is guided through multiple areas of impact including city engagement in Joint Calls, funded Urban Living Labs or the co-creative development of the Strategic Research and Innovation Agenda. The chapter discusses the functions of JPI Urban Europe following a conceptual approach to intermediary organizations for urban transition.