JPI Urban Europe aims to establish long-term policy relations and support urban transitions in and with so called “Widening Countries”, usually found in Southern- and Eastern Europe. We do this by actively reaching out to and engaging with urban actors, practitioners, and decision makers, especially via our EXPAND II partnership. And since EXPAND II is now coming to an end, so we decided to sit down with one of the main figures in the project, Elena Simion, about Romania’s progress throughout the project.
By Caroline Wrangsten
Published: 31 March 2022
Share this article:
facebook   |   Twitter   |   LinkedIn

Partners in the EXPAND II project have since the start of EXPAND II mobilised national communities of urban actors in Southern- and Eastern Europe, and functioned as a platform to create, combine, discuss, and make available knowledge and robust evidence for urban sustainability transitions. How was Romania involved in EXPAND II, and how come you chose to join?

UEFISCDI, the national research- and innovation (R&I) funding agency in Romania started its journey with JPI Urban Europe in April 2018. We hosted one of the popular Agora Strategic Dialogues here in Bucharest. This was a unique opportunity to bring together Romanian stakeholders with European stakeholders. We started strategizing together, share knowledge and experiences from operating in different national and urban contexts. We started working out how to align our work and help each other realize more sustainable urban development, on multiple levels.

Can you give an example?

The JPI Urban Europe Funding Agencies Working Group held a back-to-back meeting with the Agora event, where the top management of UEFISCDI participated. Here, we were able to sketch cooperation plans and planned our participation in future joint calls. We agreed that this type of collaboration was important for knowledge exchange across our different countries, and mutually beneficial for many reasons. These steps helped build a stronger R&I community in Romania, that can more easily learn from other European partners, and in this way help strengthen the capacity for sustainable transformation of Romanian cities.

“These steps helped build a stronger R&I community in Romania, that can more easily learn from other European partners- and strengthen the capacity for sustainable transformation of Romanian cities.”

Was Romania not already involved in, say, Horizon 2020?

Well yes, EXPAND II came just as a natural continuation of the promises already made and supported with Horizon 2020 funding, such as the ambition that Romania – through UEFISCDI – were to become a full member of JPI Urban Europe.

So, what has the involvement in EXPAND II meant for the Romanian research- and innovations system?

In EXPAND II, we were given the opportunity to take on leading roles and challenging tasks. UEFISCDI seized this chance and then used the position as leverage towards the national authorities in Romania. By being involved in various core activities of EXPAND II, we could increase both the agency’s responsibility and visibility among other funding partners. This was an exercise that helped Romania (and UEFISCDI) become a trusted member of different call management teams. 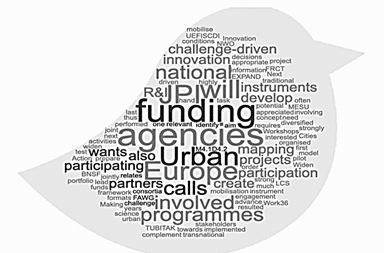 You’re speaking now of national funding agencies- but what other Romanian stakeholders have benefited from EXPAND II?

Many! EXPAND II helped UEFISCDI connect with urban communities in Romania. Our R&I focus shifted from green energy and more technical oriented projects only, to an ambition to also cover themes like “inclusive urban spaces” and civil society. We now have a stronger focus on connecting R&I projects and stakeholders with Romanian municipalities. 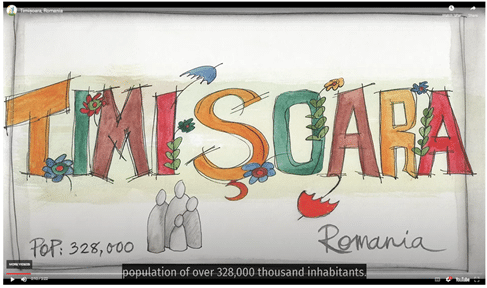 Speaking of stakeholders, Romania has been involved in many cross-European joint calls for research- and innovation projects?

Correct, we continued our effort to involve more themes and stakeholders by participating and taking lead in multiple ERA-NET joint calls in JPI Urban Europe. Since the first time that UEFISCDI hosted a JPI Urban Europe ERA-NET Cofund call (ENUTC) on our submission system, the number of Romanian cities interested in this type of call and European collaborations has increased significantly.

That must have been good news also for UEFISCDI?

Yes, it was a chance for the agency to facilitate the cooperation between Romanian cities and other European cities in various capacity building- and transnational R&I projects. It sat the foundation for future collaborations of this sort.

The number of Romanian cities interested in European research- and innovation collaborations has increased significantly.

What was your favorite task in EXPAND II?

Well, the greatest challenge in EXPAND II was to design the role of the central Projects Contact Point (PCP), and plan its piloting in ERA-NET Urban Accessibility and Connectivity (ENUAC). This role was a completely new element in the JPI Urban Europe management team, and a “first-level support” facility to the funded projects. We went after a participative and co-creative approach that resulted in a very simple “to test” list of tasks. Two years after, this new support facility is piloted with 15 projects in the ERA-NET Urban Accessibility and Connectivity (ENUAC) and soon with the 16 funded projects in the ERA-Net Urban Transformation Capacities (ENUTC).

What happens next? You’re joining the next chapter, the Driving Urban Transitions (DUT) partnership, right?

Indeed! EXPAND II was an entry point for UEFISCDI towards building trust and taking on higher responsibilities within the JPI Urban Europe Management Board and the Funding Agencies Group (FAWG). Besides proving to be a reliable partner for the JPI Urban Europe members, UEFISCDI advanced towards its ‘urban doers’ at national level and connected to the national and regional urban communities and municipalities. This is the background for our future participation also in the brand new Driving Urban Transitions partnership, both as a funder and as part of the call management team. UEFISCDI will host the first two calls on its platform (UDiManager). These actions advance our national commitment to support Romanian and European cities in their fight for a sustainable future.

These actions advance our national commitment to support Romanian and European cities in their fight for a sustainable future.