Malena Donato is the coordinator of SMART-FI: it’s a project seeking to unlock the potential of open data, which involves the cities of three countries (Malaga, Spain; Malatya, Turkey; and Karlshamn, Sweden). Malena’s key focus is to make sure that all project partners work together effectively towards the same objectives. She’s been working as a business consultant in research and innovation at Atos for over ten years. Yet, from her instant enthusiasm you would think this was a brand-new passion of hers. Today she wants to tell me all about SMART-FI.  Malena says with great conviction, “technology really can help solve crucial problems in cities.” She argues that when it comes to issues such as climate change, traffic congestion, and population growth, technology offers us pathways to the solutions we need. SMART-FI aims to explore some of these pathways.

Normally, I tend to begin the interview by asking about the specific project we’re supposed to talk about. However, I recall that Atos is one of the world’s largest digital services companies; I’m already aware that they’re involved in cutting edge technology research related to quantum computing and blockchain. So, I say, ‘when you’re involved in so many interesting areas of research already what makes you go for another new one?’ Malena answered by saying that the SMART-FI project was a great opportunity to actually work with cities. She elaborates on the cooperation aspect from Atos’s perspective: “the project was an opportunity to work with both universities and municipalities.” Malena calls this the ‘triangle of cooperation.’

Cooperation between the actors in SMART-FI is aimed at making the best use of open data (freely available data provided by different sources of information, such as traffic, weather conditions, bicycles, etc.). Malena explains, cities have lots of open data which is being shared but what steps they should take next is sometimes a mystery. Municipalities end up asking themselves, “how can citizens actually benefit for the citizens?” It simply being there doesn’t mean they know what to do with it, it has to be presented meaningfully. What’s worse is that there are a multitude of different formats and types of data. So, before anything can be done, this data has to be made comparable. Malena says, SMART-FI takes this disparate data from different sources and homogenises it. This makes me ask, “then what?”

Malena replies, SMART-FI has five core objectives: firstly, analyse and aggregate the open data; secondly, use this to create predictive recommendations; thirdly, generate methodologies for the creation and deployment of new interoperable services; fourthly, contribute to the FIWARE platform (the European Union Open innovation platform for the smart digital future); and fifthly to create a roadmap for city authorities and developers, which motivates them to implement services within their cities. I start to get an idea of how SMART-FI could be used but it’s still all a bit abstract for me. Thankfully, Malena decides to put it all into a context which I could understand.

She tells me about the Atos CityGO case from Malaga: here they tried to create a multi-transport solution using data provided by the city. Essentially, open source data from Malaga is used to help make transport predictions for the city’s inhabitants on an individual level. For example, data is collected from mobile phones in order to predict a person’s movements and routines. This individual data then allows the CityGO application to recommend precisely what transport option would best suit that person, e.g. should they take a bus or drive? What I find impressive is the level of information integrated into making a prediction for transport options. For example, if rain or wind is expected, then the prediction would factor that in, or if there happens to be a festival or sports event in town, then this too is factored into the prediction.

Nevertheless, a big question floats to the top of my head, “isn’t this a bit like Google maps, how’s it actually different?” Malena tells me that this isn’t the first time this question has been asked. She explains that the CityGO application can be parameterised to a particular city. Parametrising on a city level has some clear advantages: CityGO has a complementary tool called the CityDash; the City Dash allows traffic operators in the city to see how people are going to move about and, more importantly, manage traffic and transport according to their future desires. It becomes clear to me that this is something that Google probably doesn’t do.

the City Dash allows traffic operators in the city to see how people are going to move about and, more importantly, manage traffic and transport according to their future desires

I think for a moment; if this is done correctly, CityGO could lead to efficiencies which you wouldn’t get from just using Google Maps. Not only would it allow transport users to access the latest information, but also transport providers would be given an idea of transport users’ intentions. This pre-empting a problem before it even exists could potentially save a lot of time. I can definitely see how this could really help planners to serve citizens. Malena sees that I am starting to get it, “that’s it! Administrators can tailor their responses to their citizens’ needs using this information.”

SMART-FI clearly aims to give cities a lot of information, but that’s not all. It also aims to give relevant advice. Therefore, the project has created a set of procedures which will help cities with limited experience create their own data portals. It was all starting to sound a bit abstract again, so I asked Malena to give me an example of how the procedures could actually help a city. Malena was happy to oblige: “we found that in Karlshamn they wanted to get rid of their physical bus maps and manage their data to provide digital maps, but they didn’t know how to do this.” She went on to say that in Karlshamn they also had issues with installing energy usage sensors in buildings to moderate energy usage and regulate temperature conditions. I pause and think for a moment; so far, we’ve been mainly talking about the analysis of the open data, but I had completely forgot about all the real-world technical problems faced you’d encounter gathering this data.

SMART-FI clearly aims to give cities a lot of information, but that’s not all. It also aims to give relevant advice

I started to ask what kind of technical issues the project’s faced. Malena surprised me with her response: she told me of course there were some technical issues, “the guys working on predictions and recommendations sometimes had difficulty getting access to all the data they needed.” However, the key problem the project faced was a human issue. She clarifies by saying, “we found in both Malaga and Malatya, the data owners didn’t necessarily see the benefits of sharing their data.” Apparently, the operators of services such as the buses, taxis and bike rental companies were hesitant to share their data. I was curious, “then, how did you persuade them?” Malena goes back to talking about the importance of cooperation, “I think it was the municipalities talking to them that really built trust.” I could tell by her tone that she was both impressed and happy that the municipal authorities were able to build and leverage this trust.

Having asked about unexpected problems, I ask about unexpected successes. Malena enthusiastically effused about the fact that there were many areas of success. In particular, she highlights how the cooperation between the partners had been fruitful. She follows this by stating how the CityGO app is a very clear and observable success as it is already helping citizens to move better using public transport. She finishes by saying, “in the future we expect that Malaga will deploy the solution to a wider geographical area, and after that there may be great potential for scaling up our efforts. In fact, we’re already offering the app to new cities.” I leave feeling hopeful that in the near future I might not have to wait around for a bus that says it will come but never comes, or at least knowing it’s going to be so full of football fans I might as well enjoy a nice walk. 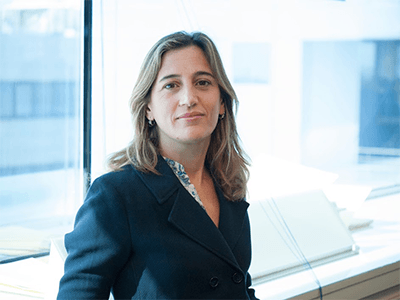