The research project aimed to support development of pervasive participation in European cities and to strengthen the citizens’ involvement in governance. The approach considered each level of e-participation: enabling, engaging, and empowering citizens with the ultimate aim of encouraging a continuous dialogue between a city and citizens by using contemporary technology. In a highly interdisciplinary approach, involving end-users through urban living labs in Turku and Vienna, b-Part combined user-centered pervasive interaction research with social nstudies to explore engagement and activation as well as research on democratic ninnovations to ensure integration into the overall political decision making process. 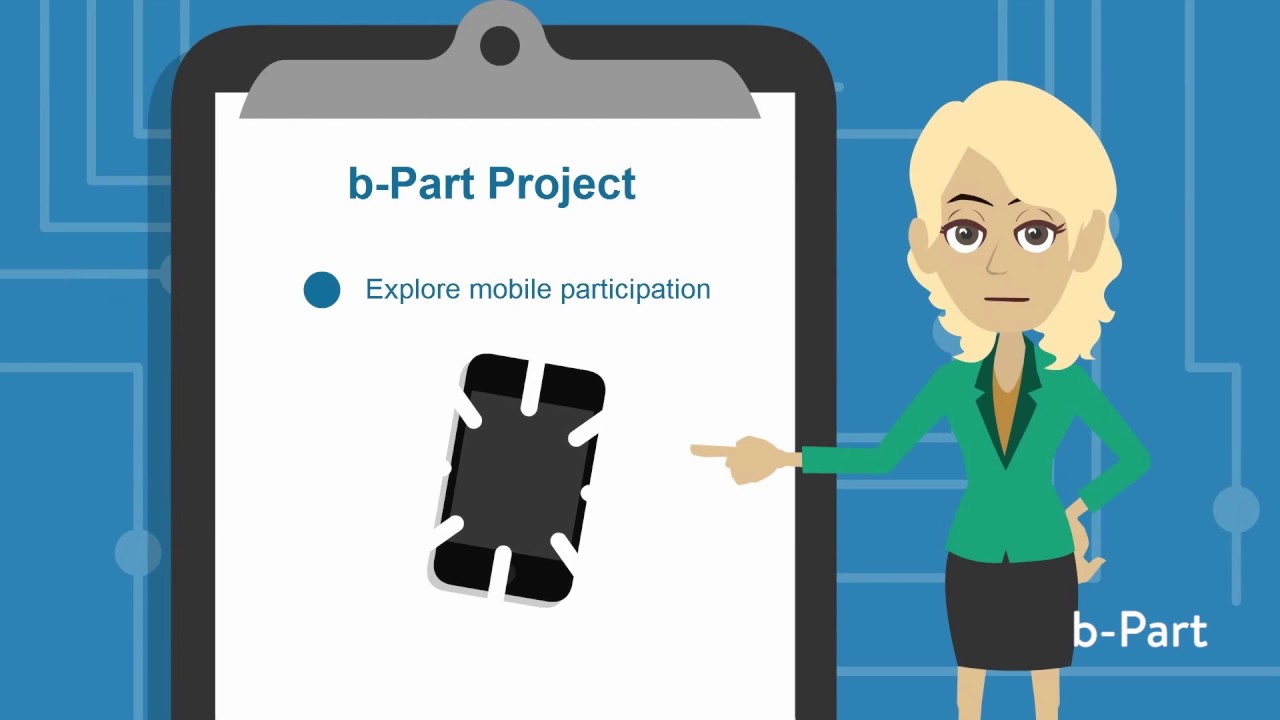 Results and expected impact
A mobile application was developed for citizens to propose own ideas and voice concerns related to urban planning and urban life by posting geo-referenced contributions. Within the living lab trial, city officials responded and gave feedback to citizens input but also received relevant insights to current plans themselves. The rich data set gathered through usage logs, two surveys and several interviews allowed a quite detailed analysis of various aspects impacting public participation, resulting in a comprehensive list of publications to conferences and journals. These results have been presented as recommendations for the design of future democratic innovations in the project end report.