Play!UC aims to foster the understanding of complex urban problems by combining participatory processes with serious games in a co-located setting.

Play!UC was a part of the JPI Urban Europe Pilot Call II, and ran between 2014–2017. The project focused on engaging young adults and to foster the understanding of complex urban problems by combining participatory processes with serious games.

Play!UC produced 5 games. The game “AR You Gonna Go My Way” aims at recognizing and taking advantage of potential synergies. Players navigate their vehicles via smartphone through the streets of the printed city map. Items for other players can be picked up and exchanged to shorten the distances and to reduce CO2 emissions. Players need to collect a number of typical daily items in their city and can use one of three forms of transportation: a van, a car or a moped. Each vehicle produces different amounts of CO2 and offers a different advantage, such as speed, acceleration or capacity. Overuse of certain streets leads to traffic jams and potholes, which requires players to quickly adapt to their original strategies.

In “Energy Safari”, a game board represents an abstracted map of the province and is divided into hexagonal tiles that feature some special zones and risk zones (earthquakes, flooding) as well as urban clusters with specialised functions. Over the course of five rounds, players build up an energy network for their region. The game’s domain content is based on the Agreement on Energy for Sustainable Growth, the Masterplan for Energy-Neutral Groningen and other policy documents. Players move around the board and develop projects, determined by the colour of the tile where their playing figure lands.

“Floating City” is a brainstorming game for public spaces in which players can create and publicize their ideas and suggestions for city projects. A balloon is generated for every new idea and slowly elevates the city. Existing balloons can be viewed and rated by others to increase or decrease their effects on the city. All of the generated ideas and their ratings are automatically saved and are available for evaluation after all game sessions. The game master or moderator poses a question for the audience. Players then have the possibility to generate their own answers and contributions and to like or comment on the ideas from other players. One round takes as long as the city needs to reach the top of the atmosphere. Then, either a new round starts or another question can be posed.

In “Mobility Safari” during a period of five years (= 5 rounds) players try to realize as many innovative urban mobility projects as possible in the categories „innovative & educational“, „fair & safe“, active & healthy“ and „flexible & connected“. The spatial basis therefor is the Vienna city map which forms the game board and contains barriers like the Danube river, the underground railway network as well as some of the important urban development areas. The content of the projects derives from the Viennese Mobility Concept 2025.

In the game “PoliCity” every player assumes one of three roles for a series of urban planning campaigns (economy, environment or social sector). Together players can implement infrastructure and activity plans for different city quarters. The digital game is played on a printed city map using augmented reality and smart devices. Each city features a real-time heatmap showing current activity in each city sector. Projects for the city can be proposed and placed on the city map to improve each sector. However, before being implementated, they first have to be confirmed by at least one of the other players. Resources to implement projects are collected via interactions with virtual inhabitants of the city and are used in order to unlock further potential projects activities.

Play!UC aims to foster the understanding of complex urban problems by combining participatory processes with serious games in a co-located setting. In particular, the project seeks to explore how game mechanics can be used to engage the actor group of young adults to make informed decisions that have an impact on their respective urban carbon footprints. Investigating both existing games and novel game-based approaches, the project partners endeavour to create a tested game mechanics toolbox that can serve as a resource for participatory, gamebased urban development scenarios. 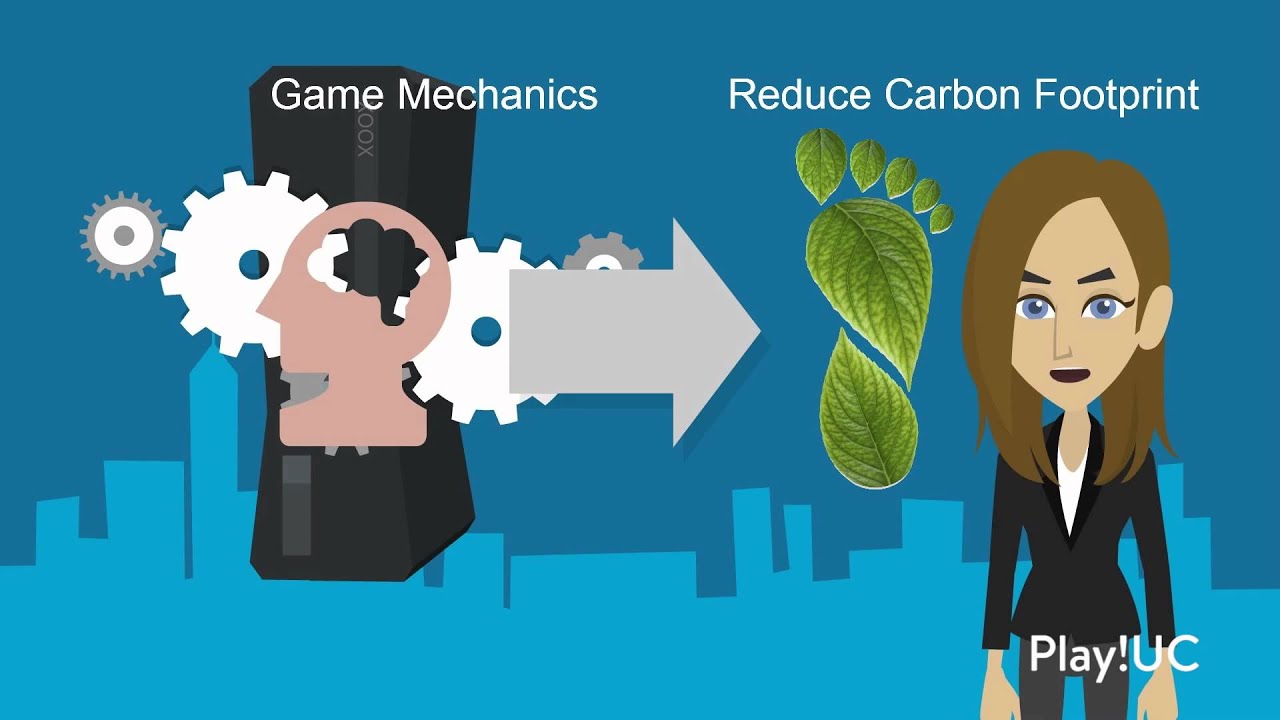