Home > blogs > CAPA.CITY: Suburban areas to adapt and transform in an urbanising world – collectivism over individualism?

CAPA.CITY: Suburban areas to adapt and transform in an urbanising world – collectivism over individualism?

When people hear the word suburbia, it evokes a particular kind of dream. Many suburbs were built in a time where people held ideals based on rugged individualism and had aspirational notions of suburban affluence. Yet the dreams of yesterday are never the dreams of today. So, do suburbs still reflect what people really want? After all, people are flocking to the cities. More importantly, can we still articulate and express what the good suburban life looks like? The project CAPA.CITY explores this question and offers some compelling results. It offers suburbanites tools to create collectives that co-designs solutions and strategies for connecting with institutions that have the capacity to realise change. Oswald Devisch, the project’s coordinator, is eager to share the findings in this interview… 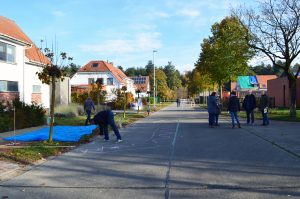 Before going into any detail, Oswald wants to make sure that we don’t confuse the dreams of Americans with the dreams of Europeans. The American dream of suburban life isn’t applicable to European countries for many reasons. To take just one example, homeowners in Belgium (particularly in Flanders) have been permitted to build their homes pretty much however they like. They give little consideration to “what the neighbours might think” and don’t worry about uniformity. This kind of suburb is a stark contrast to the American ideal where all the houses are more or less identical. So, it made little sense to work with American conceptions in this project.

Oswald explains CAPA.CITY looks at a very specific type of suburban dwelling, commonly found in Europe, classed as residential subdivisions. These are typically “detached single-family houses built from the sixties onwards.” For example, in Flanders, they were built with the idea of self-sufficiency in mind. Therefore, unlike their American counterparts, these suburban homes occupy large plots of land for growing your own food. The project studies residential subdivisions in Marseille, France; Roskilde, Denmark; and Flanders, Belgium. These places represent a range of European experiences and are suitable for the project’s capacity building methodology. 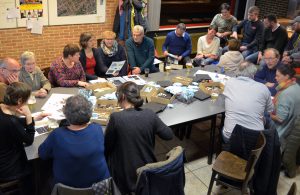 In the beginning, the project faced two major problems: trust and attention. Oswald says, “people find it very confronting when you ask them to talk about their homes and private spaces.” At the same time, the researchers were asking residents to think about public spaces and amenities in creative ways, which requires investment and attention. It was clear that with the wrong method, the project would quickly fail.

The first method is called prototyping, this involves a researcher using and creating scale models of homes in discussions with residents. Using a model, people can comfortably talk about their intimate space without having physical intrusion, and researchers can build patterns of residential living. The second method, called telling, uses drawings and 3D modelling to create similar patterns. The final method, enacting, involves acting as if changes have already happened to see how you feel about them. Oswald explains, when they used these methods, they didn’t want to lose people, so they didn’t start with big issues like the environment and the economy. Instead, they started by focusing on building a very personal story before doing anything else. This focus on the personal allowed the project to overcome intimacy barriers whilst creating vivid dwelling patterns. 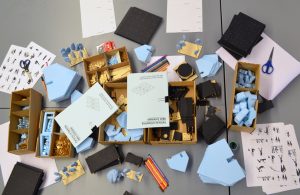 The new suburbia: collectivism over individualism

The private dwelling patterns gathered in the first stage were taken together and abstracted to create large scale patterns which dealt with the bigger existential concerns in suburbs. When the project did this, it found out that in some ways modern suburbanites are much more open to collective action than their predecessors. The abstracted patterns showed that some neighbours were open to shared gardens and were happy to get rid of their fences, whereas others had highlighted openness to sharing storage space between multiple households.

The project then brought all of these residents together in their workshops, where they could see and discuss these patterns and how they would make them real. These workshops have now evolved into successful experimental spaces. In these spaces residents are building collective learning capabilities. The ultimate aim is to provide residents with a toolkit to build their own capacity to make change happen in the suburbs. Oswald describes it as:

“(…) a game which helps create a network  of useful contacts, tools needed for change, and an understanding of the processes for engagement with larger actors.” 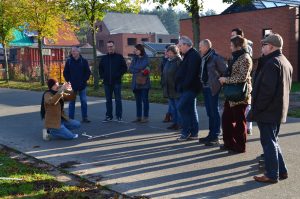 It’s all about community

When reflecting if the project has been a success, Oswald is emphatic that they have achieved their primary goal: “within our cases we have successfully increased capacity for suburban residents to change their environment.” He happily reports that in the Flemish case, residents are pushing harder to make their ideas happen and are focused on improving the local system of slow roads. They have also learnt how to open up as a collective, “so they’re not just five or six people but a real community with support from the wider neighbourhood.”

“The Flemish collective are even getting into conversations with large local actors, like the local municipality and a large pharmaceutical company, about bigger structural changes in their area.”

In Marseille, they’ve even developed a neighbourhood charter. Oswald explains how engagements between the municipality and the neighbourhood has been formalised through commitments and documents. Overall, what Oswald really wants to stress is that: “People now know that they can do this without us…”