Home > blogs > PLACED: Public libraries are turning the page (and place?) to the future

PLACED: Public libraries are turning the page (and place?) to the future

In the twenty-first century, libraries have a new role to play as facilitators of knowledge generation. Not so long ago, if you wanted to know something, you probably had to go to a public library to find a book. Whereas these days, thanks to digitalisation, you don’t even have to leave your house to find lots of relevant information on the internet. Yes, libraries are digitalising their catalogues to keep up, but what about the actual buildings? Do we still need physical spaces called libraries? The PLACED project argues the answer is yes. It demonstrates, with the right digital tools, libraries can still play a very important role as spaces for knowledge generation. Peter Dalsgaard, the project’s coordinator, is keen to explain how their prototype tool works and how it can capture knowledge created in the library… 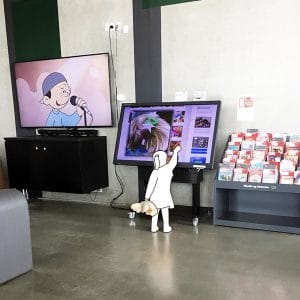 Knowledge in action is a force for creation

Peter argues libraries are amazing spaces for workshops and lectures, particularly for activities that exist outside of formal education. He gives an example, “let’s say someone is very enthusiastic about 3D printing, they can arrange a workshop in the library where people not only learn about 3D printing, but they can also do it.” Municipal libraries in Aarhus alone organise around 2500-3000 activities in the library space every year. Unfortunately, despite hosting and facilitating many wonderful workshops and lectures, libraries simply do not have the digital tools necessary to capture all of the knowledge generated. Sadly, much of it is lost as soon as the workshop or lecture is over. In some cases, this is particularly unfortunate as the events generate knowledge that is highly valuable and relevant to the needs of the local area. So, that’s why PLACED wants to create a system that captures, catalogues and connects public events that happen in the library space with its existing digital resources.

The argument for digital public space

You might ask, why don’t libraries just use existing digital services offered by social networks like Facebook? Firstly, events captured using social media are owned by private enterprises, so this information could be lost when it’s no longer profitable for a company to keep this kind of data. Secondly, it’s almost impossible for these tools to be tailored to a local context as they operate on a global scale with no connection to public spaces

Other than for practical reasons, Peter also thinks there’s a principled argument for the library to have its own digital tools and spaces. These days public spaces are ever receding in our cities, and often people are forced to be consumers in shared spaces, such as cafés and bars. Whereas the ethos of the library is about being a free public space for everyone, this should be true both physically and digitally. The project explicitly set up their consortium without any formal industry partners because it aims to create digital services that can be shared for free. Peter believes in this respect the project has been a success.

The project’s researchers also want to ensure their digital tools are widely applicable, so they’ve selected three completely different library systems to carry out their testing. The first one is Aarhus Public Libraries, well known for being an innovative and forward-thinking library system with good experience of digital innovation. The second library, the Bibliotheque Municipale de Lyon, the biggest public library in France, which is in the process of rethinking and transforming its services. The last library in the project was the Library of Lundby, a smaller branch library in Gothenburg, with a focus on supporting local community activities. 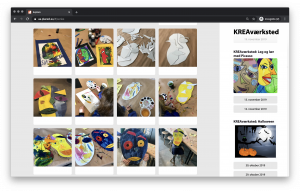 Creativity marries the physical and the digital

Discussing the project’s outcomes, Peter seems very pleased. The project has found that their information capture system is particularly suitable for creative endeavours. Peter talks us through a successful example; in Aarhus, every week children attend Creativity Workshops, where they come and do different kinds of arts and crafts. One day they might build a space ship out of clay and on another one they might build musical instruments together. In the past, before the workshop took place the children only had access to limited information, like what the workshop was about and when it took place. Now they can see the materials beforehand and get a better sense of what they will learn in any given workshop.

Peter says their prototype system captures all different kinds of information, such as instructions given in the session, videos of what happened, feedback on what happened, resources, and what will happen next time or even what they’ve missed if they hadn’t been there last time. He also explains how their software can capture what’s happening in real-time:

“So people can see an event as it happens even if they can’t make it to the physical library space. Let’s say a child is sick and can’t be there, they can keep up at home and feel like they aren’t missing a thing.”

In the end, it seems PLACED has created a prototype that gives great consideration and value to the physical space of the library. For example, one of the libraries has installed a large display that shows what was done in the library space itself. Peter tells me this has encouraged children to “bring their grandparents to the physical library and say look I did these things!” PLACED has shown that if libraries embrace the right mix of digital tools and embrace a new mission as facilitators of knowledge creation, their role in society will be just as important in the future as they were in the past.