Home > blogs > Smart Pedestrian Net: How cities can “walk their way” into a better urban life

Smart Pedestrian Net: How cities can “walk their way” into a better urban life

In the modern city, mobility comes in many forms. Urban dwellers can go from A to B in cars, buses, trams, trains, and metros. Public health and environmental concerns are key issues, and this is why transport is at the heart of urban development. In the past, roads used to be for pedestrians, not cars. However, these days many modern cities are designed with little thought given to pedestrians, instead prioritising the needs of cars. Especially when we consider just how much CO2 cars actually emit, it might be worth reconsidering walking as an option. The researchers of the project Smart Pedestrian Net want to show us how to go about it. In this interview, the project’s coordinator, Rui Ramos, tells us about their findings… 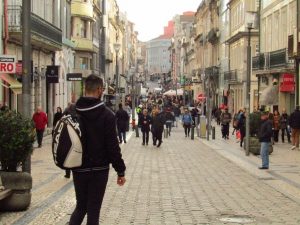 Walking is good for business

Rui explains the environment isn’t the only reason to encourage urban dwellers to walk around. It’s easy to forget cities were initially built as places for trade and commerce. Therefore, walkability used to be closely linked with the economic prosperity of a city. Before modern transport technology, cities used to be highly walkable. Going from one end to another was typically a half an hour journey at most. Even today, many businesses are still very dependent on foot traffic. For example, a city like Porto (a hot spot for tourism) could still reap economic gains from improved urban walkability. Yet, these days many planners may not know where to begin. This is exactly the problem Smart Pedestrian Net aims to solve with its sophisticated model of urban walkability. The model is all about pinpointing the exact locations in cities which stop people from abandoning their cars and restoring their ability to walk through cities.

It’s about the journey, not the way

Rui explains how they wanted to create a mobile application that benefits both policy makers and citizens. The application is made to show urban residents the best way to walk around their city. Although this may sound like a simple navigation app, Rui says it was about much more. He assures us “this project wasn’t just about getting from one place to another efficiently.” He accepts applications, like Google maps, do this well enough. He clarifies, “Smart Pedestrian Net was actually about using technology and dialogue to change people’s behaviour.” Specifically, they were trying to get people to choose walking over other forms of transport, whilst simultaneously creating a model which could inform planners what kind of changes would effectively incentivise people to walk.

Rui believes having many perspectives is the key to creating the necessary behavioural shifts to turn drivers into pedestrians again. Unfortunately, he argues current tools only offer a limited range of perspectives. He notes that “the tools we have now don’t give global perspectives; we need to have the perspectives of both road users and governments.” Explaining this in more detail, he says tools are either built for finding your way around or for redesigning the urban landscape, but no existing tool connects both elements together to create a holistic view.

“The prototype mobile application developed by Smart Pedestrian Net tackles the problem of connecting pedestrians and planners head-on by creating a dialogue process.”

In the app, users can plan a journey tailored specifically for their city, highlighting the best possible walking routes. At the same time, the app utilizes user feedback about what they like and what they don’t like about their journey, generating a model for city planners. This model allows city planners to better understand what changes are necessary. 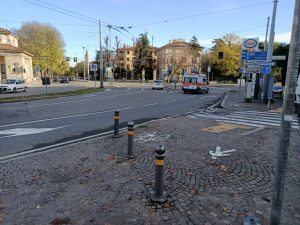 A tale of two smart cities

Taking a step back in time, Rui talks about the beginning of the project. He thinks the positive collaboration achieved in the project is a result worth mentioning on its own merits. He describes how the project was created: it began after some Ph.D. students had researched networking roads for walkability. Rui recounts, “after that research, we realised we could do something really interesting by teaming up with our colleagues in Bologna.”

Both cities presented holistic learning opportunities for the other. Rui explains how Porto and Bologna have very different characteristics. In Porto, one of the key issues was prioritising pedestrians over cars at intersections whereas in Bologna, because of the narrowness of the sidewalks, there was more emphasis on creating pedestrianised zones which offered people more space to walk. Rui tells me that looking at these issues isn’t necessarily new, but the model they’ve created for assessing these problems is a promising innovation.

Rui thinks the project was successful because they chose partners that had different areas of expertise. The teams in Bologna and Porto came from urban planning backgrounds, and most of them were civil engineers and architects. Although they possessed a deep understanding of the urban environment, they were less capable of gathering and processing data through an app. Their partners in Austria, ASIDEES, possessed this capability, and their partners at EUC Research Centre in Cyprus provided an understanding of how the prototype model could be scaled up and turned into a viable product. 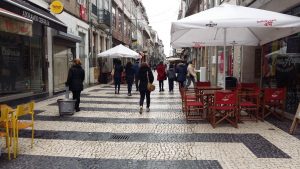 The Challenge of Changing behaviours

When coming back to the present to talk out the project’s ultimate outcomes, Rui focusses on detail. He explains that the model they built has many complex inputs that gauge human motivations. For example, it assesses walkability by factoring in incline as hilly areas are not particularly walkable for elderly people. It also considers issues of security. Rui elaborates by explaining how different spaces have different faces depending on whether it is day or night. If an area is not well lit, people may prefer to take a car out of concern for their safety and security. This is particularly important to consider as many women perceive risk at night-time. Even in a city like Melbourne, considered one of the safest in the world, up to thirty percent of women don’t feel safe in public spaces after dark. That’s why the model is so promising. It can identify, using user feedback, where someone feels there isn’t enough lighting, and planners can see exactly where this is when they are thinking about issues like safety and walkability. Rui ends the interview by stating that having precise and accurate assessments like this could really change people’s behaviour because you can see things from their perspective and give them what they want.

“Smart Pedestrian Net proposes a comprehensive approach to changing behaviours, as well as the considerations needed to improve urban spaces for walkability and to promote a better quality of life in cities.”