What classes as a town and what classes as a city is not obvious. Some towns frequently discussed in the media are technically cities; and this also varies country by country. There is more consensus on the idea that many urban areas are ‘left behind.’ Images are conjured of ghostly, dilapidated ex-industrial buildings and a continual gradual depopulation of young working age people. 3S RECIPE examines policy interventions for smart shrinkage solutions (anti-depopulation and mitigation strategies). The project examines which approaches work and which don’t. These insights inform future policy proposals. In this interview, Dr Vlad Mykhnenko, (3S RECIPE’s project coordinator) and Dr Anna Badyina (one of the projects researchers), from the University of Oxford, reflect on their lessons learned. 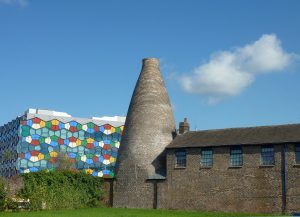 A Pan-European perspective on population decline

The first thing Vlad and Anna draw attention to is the ambitious scope of the project; it operates in a total of seven different cities, in seven different countries. Not only is the project wide in its geographic scope but also in its historical depth; it has examined policy prescriptions for smart shrinkage solutions implemented over the past twenty years. Thus, generating significant data for analysis.

Most of the municipalities selected for the project were either traditional centres of industrial activity or were once commercially successful port cities. All of them have experienced a significant degree of transition, where work has shifted away from the manual handling of goods and services. By examining all these urban areas, the project has identified three major ‘slow burn’ factors for depopulation: deindustrialisation, suburbanisation, and negative population change. 3S RECIPE addresses all three of these drivers of depopulation. Anna explains that in each city stakeholders (local government, businesses, charities and citizens) identified policy options which address the local economy, mitigation of urban sprawl, and improving urban liveability (aiming to attract newcomers to counter population loss).

The advantages of a cross-disciplinary approach

Vlad stresses, “one of the unique selling points of our project…is that we have really different types of people involved, from engineers on the one hand to actual artists on the other hand.” Yet, he quickly notes this doesn’t meant that the project lacks cohesion. The project has adopted well founded practices from civil engineering to create the Urban Futures Methodology (UFM). They found that if this method is successfully refined, both consensus and resilience will be greatly improved in future smart shrinkage solutions.

The initial stages of the UF method aims to gain consensus. As many relevant local stakeholders as possible are brought together to debate and vote for policy proposals until they choose one with the broadest possible consensus. The second part of the process is all about testing for resilience. This is where the engineering methodology comes in. The policy proposal is completely deconstructed and each deconstructed part has to answer the question, “will this last for the next forty years?” If every deconstructed part of the proposal can be turned into a “yes” answer, then the policy is put back together for testing. Models of different scenarios are generated to see how the policy would survive extreme stresses, much like the models used to determine if a bridge design can survive a range of adverse weather conditions. 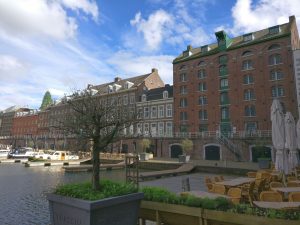 Solutions must reflect the modern world

Exploring the case study of Stoke-on-Trent (Stoke), Vlad explains that 3S RECIPE observed what was done in the city in order to refine UFM. In Stoke, a development called Smithfield is currently being rolled out stage by stage. Smithfield is a plan to create a cluster of buildings which offer the urban area high quality residential and office space as well as a brand new hotel.

Reflecting on the outcome of the Smithfield analysis, Vlad argues, “the methodology shows that the project itself is one of the most problematic solutions for the type of world we live in now.” He clarifies that these kind of building projects are not resilient if there is a credit crunch. Contrastingly, Vlad argues that Maastricht was an example of a city which successfully initiated a smart shrinkage solution. Maastricht has a similar history to Stoke (a former centre for the ceramics industry). Instead of investing in a building project, it invested heavily into the University of Maastricht, making it both a global player in education and a popular institution for international students. 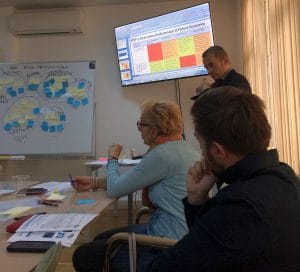 Now that the 3S RECIPE project is reaching its end, the project is releasing some of its findings. Vlad states that an academic team for each municipality has produced three policy briefs for smart shrinkage solutions and how the Urban Futures Methodology can be harnessed for effective policy making. These were presented at conferences in Birmingham and Stoke-on-Trent on the 16th and 17th of March, 2020. The briefs are now freely available online. Additionally, seven videos for successful smart shrinkage solutions are being produced to compliment the policy briefs.

When asked about the future, Anna says each city has to adopt more experimental approaches in designing solutions and working with the creative sector at a grassroots level. Vlad thinks that perhaps academics could be brought into the process to play a mediating role between government and ‘creatives’. Currently, there are lots of debates about specialisation vs diversification, but Vlad argues it’s not as simple as choosing one over the other as there are good reasons to pursue either strategy. Vlad argues:

“Every successful recipe needs a local ingredient. You need to find something within your legacy that you can reuse and recycle, rework.”

Vlad and Anna end by explaining how 3S RECIPE has proved that towns and cities should not just be labelled as ‘left behind’. Their work shows than cities are not merely victims which require paternalistic guidance. In fact, they actually seek and find capacities to help themselves; what we need to do is to empower them to do it themselves, and avoid obstructing locally-produced ideas or derailing home-grown initiatives…