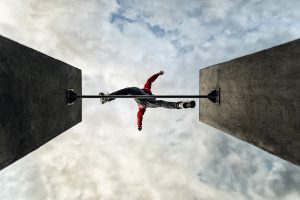 Is it time to move “beyond the smart city”- and what does that mean in practice? Does the “smart and resilient city” stand tall in various types of societal crisis? Listen to this talk and explore urban robustness together with guests from around Europe and across sectors!

‘Urban areas and policy are challenged not just with resilience in a technical sense, but with the robustness of their ethical value base around democracy and human rights by increasing turbulence and shifting grounds in terms of climate as well as societal dynamics. Whereas resilience de- notes the capacity to recover, robustness focus on the sturdy and healthy ‘baseline’ of urban settings as a pre-condition for sustainability as well as for sound resilience in crisis-management.’ (SRIA 2.0, p 22)

From an urban planning perspective, access to data and information is generally insufficient to plan cities effectively. Urban science can inform and support existing planning processes and that usually means partnerships between different stakeholders. Is smart replacing sustainability as the desired end goal or does smart facilitate the realisation of more sustainable cities? The idea of ”Moving beyond the smart cities” has been aired and interpreted in more contexts lately. For example in the spreading of “Baukultur”: the focus on human needs, cultures and identities to establish a more livable environment for everyone. We also saw it in the Finish presidency to the EU:

‘(…) the Finnish Presidency aims to go ‘beyond the smart city’, re-focusing the perspective from a technology-dominated approach to a human-centric and more holistic approach to a digital city. (…)’  (See p. 4)

At the same time, policy briefs and texts tend to refer to levels of action in terms of “city level”, “national level” and “EU-level”. But what is the added value of also addressing the “neighbourhood-level” as point of action? This perspective has been aired by JPI Urban Europe before and also by the Leipzig Charter 2.0 that is under development. On this topic, there are also voices pointing out matters of both participation and representation: “My fear is that smart cities end up benefiting the elite white men (…)” (Catherine D’Ignazio, Massachusetts Institute of Technology). The ‘New Urban Science’ agenda is closely aligned with local development activities, smart cities and digitalisation, Agenda 2030 and integrated urban development. Is smart replacing sustainability as the desired end goal or does smart facilitate the realisation of more sustainable cities?